These are pictures and information on the 3-manual, 17-rank Barton theater organ at Beggars in Lansing. Originally the Lans Theater, the location opened as Pipes and Pizza in 1983, and primarily featured Dave Wickerham as organist. It closed in 1990 and was eventually purchased by Beggars Pizza in 1995 and reopened (I had been there in 1988 and 1989 when it was under the original ownership). Over time the existing hybrid Barton theater organ has been repaired, restored and enhanced, and currently Glenn Tallar has been organist since 2002. A unique feature of this organ is red LED lights on the external instruments, that light up for each note being played. The console and most of the organ was originally from the Oriental Theater in Milwaukee. More information can be found in an interview with Glenn here.

Here's a few of the pictures I took: 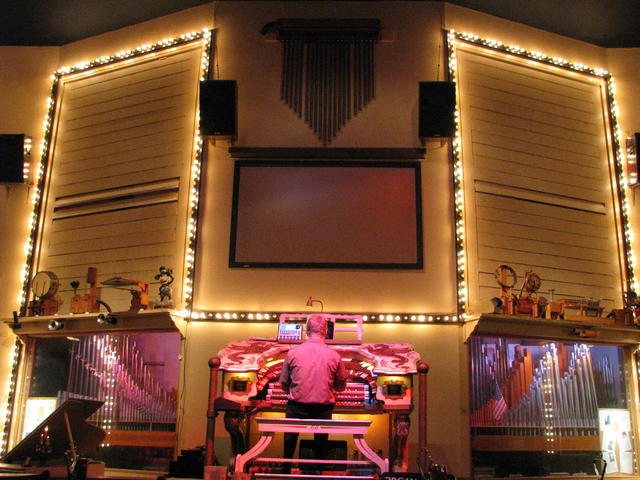 Main view, console in center and swell shades on sides above Solo (left) and Main (right) pipe chambers. Toy counters are visible on each side, along with a grand piano on the left that is playable from the console. 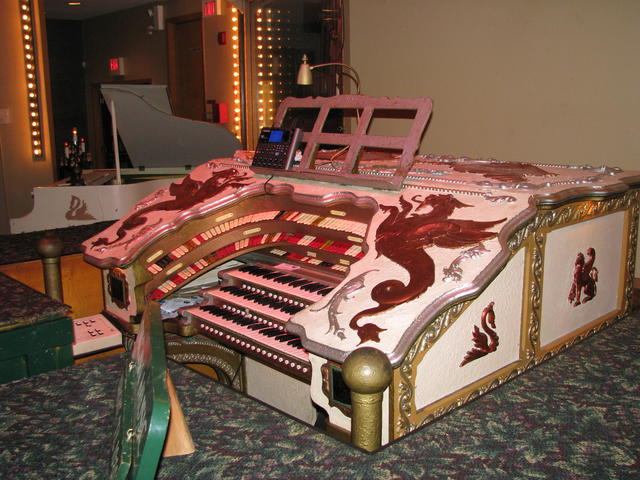 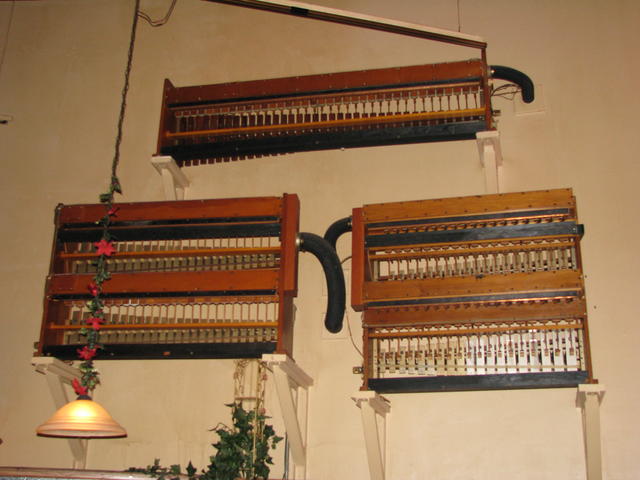 Instruments on left side. Xylophone on top, lower 2 are the Chrysoglott and Chrysoglott Celeste 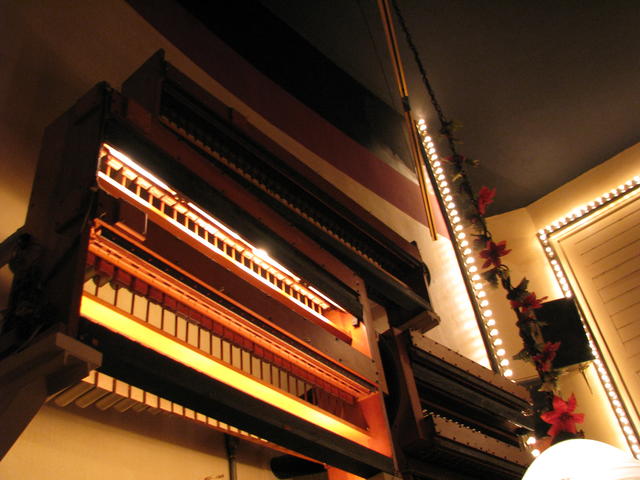 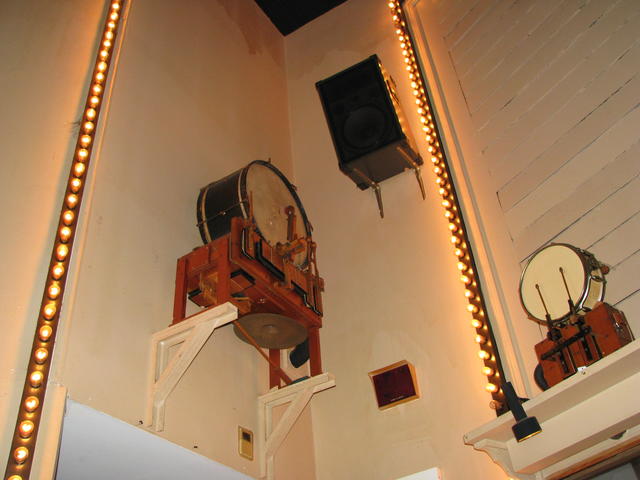 Bass drum and crash cymbol on the left 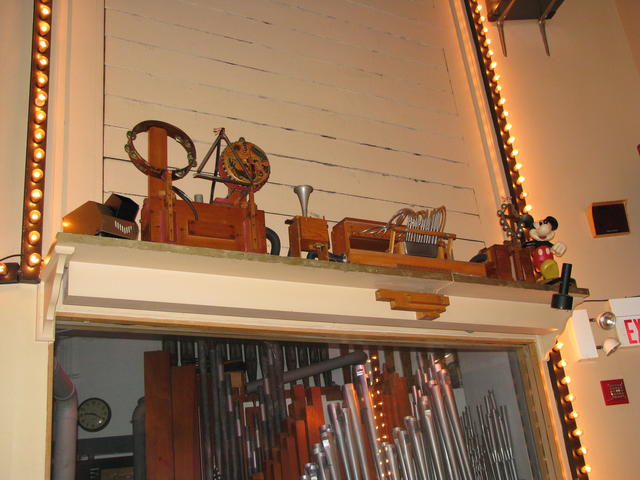 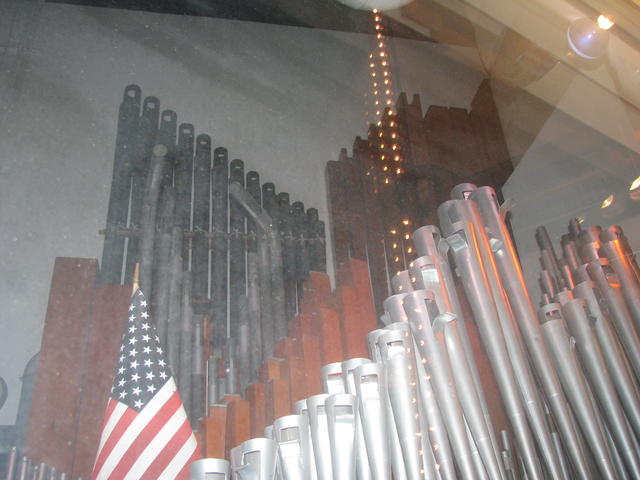 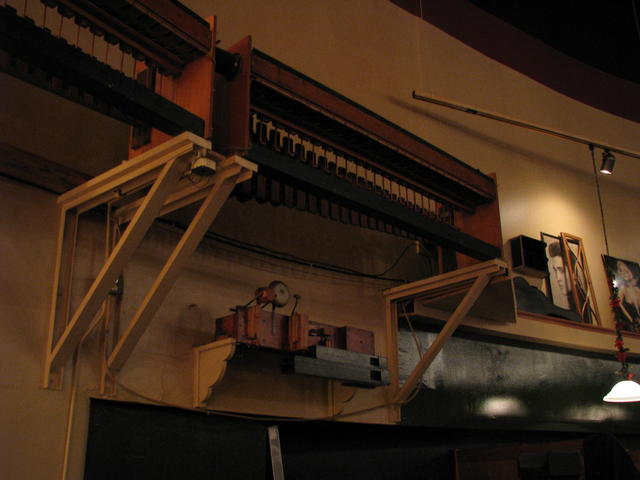 Marimba banks with boat whistle underneath 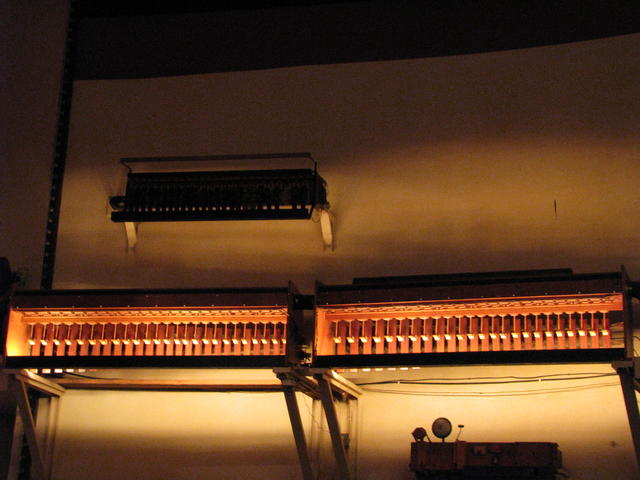 Marimbas lit up (right side of room), with tuned sleigh bells above 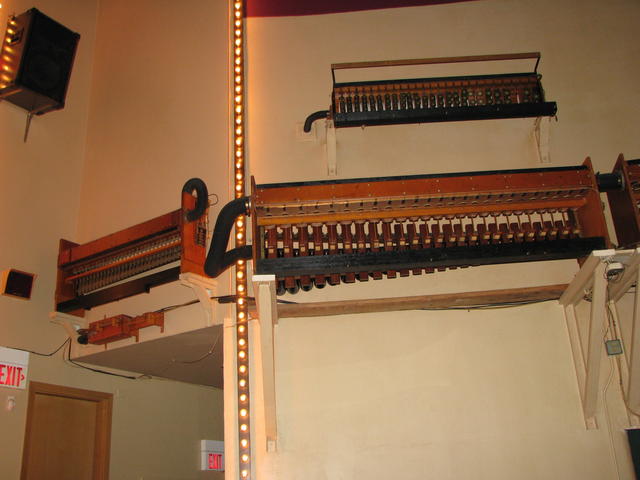 Right side again, glockenspiel on left with slide whistle underneath 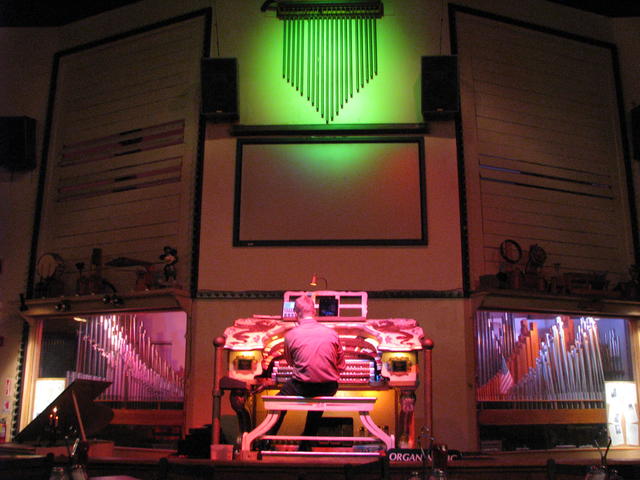 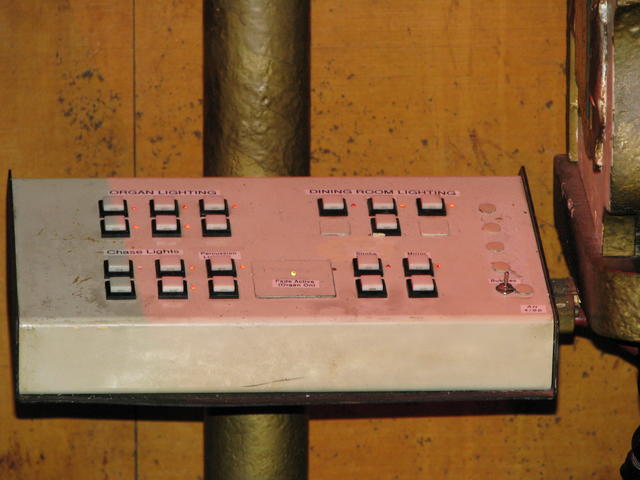 Lighting controls to the left of the console; in addition to the chaser lights around the chambers, controls a mirror disco ball in the center of the room, strobe lights in the chambers, and a bubble machine that is on the left toy counter. 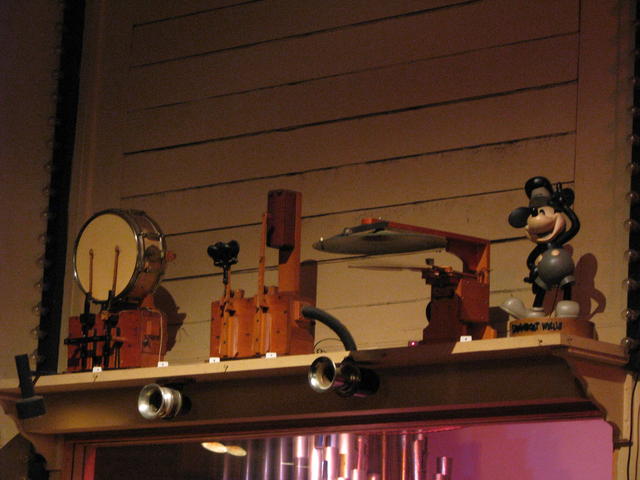 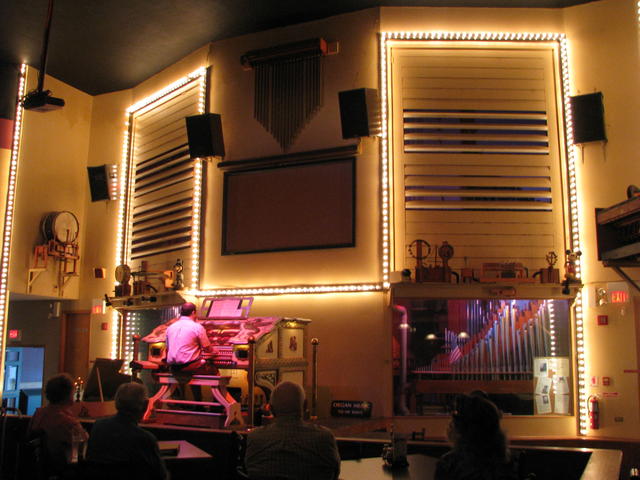 Other view, during a Catoe concert 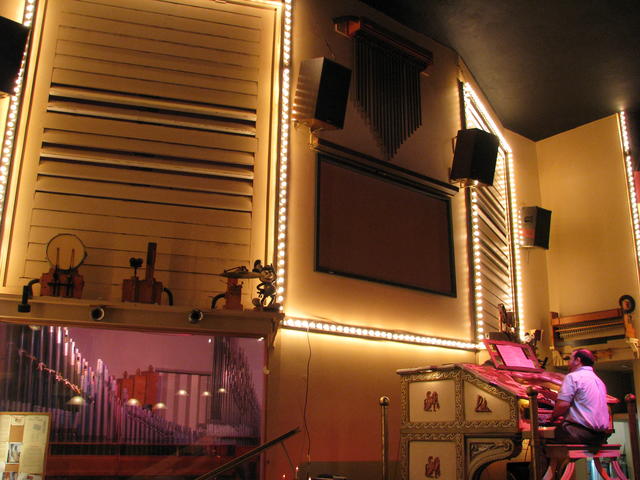 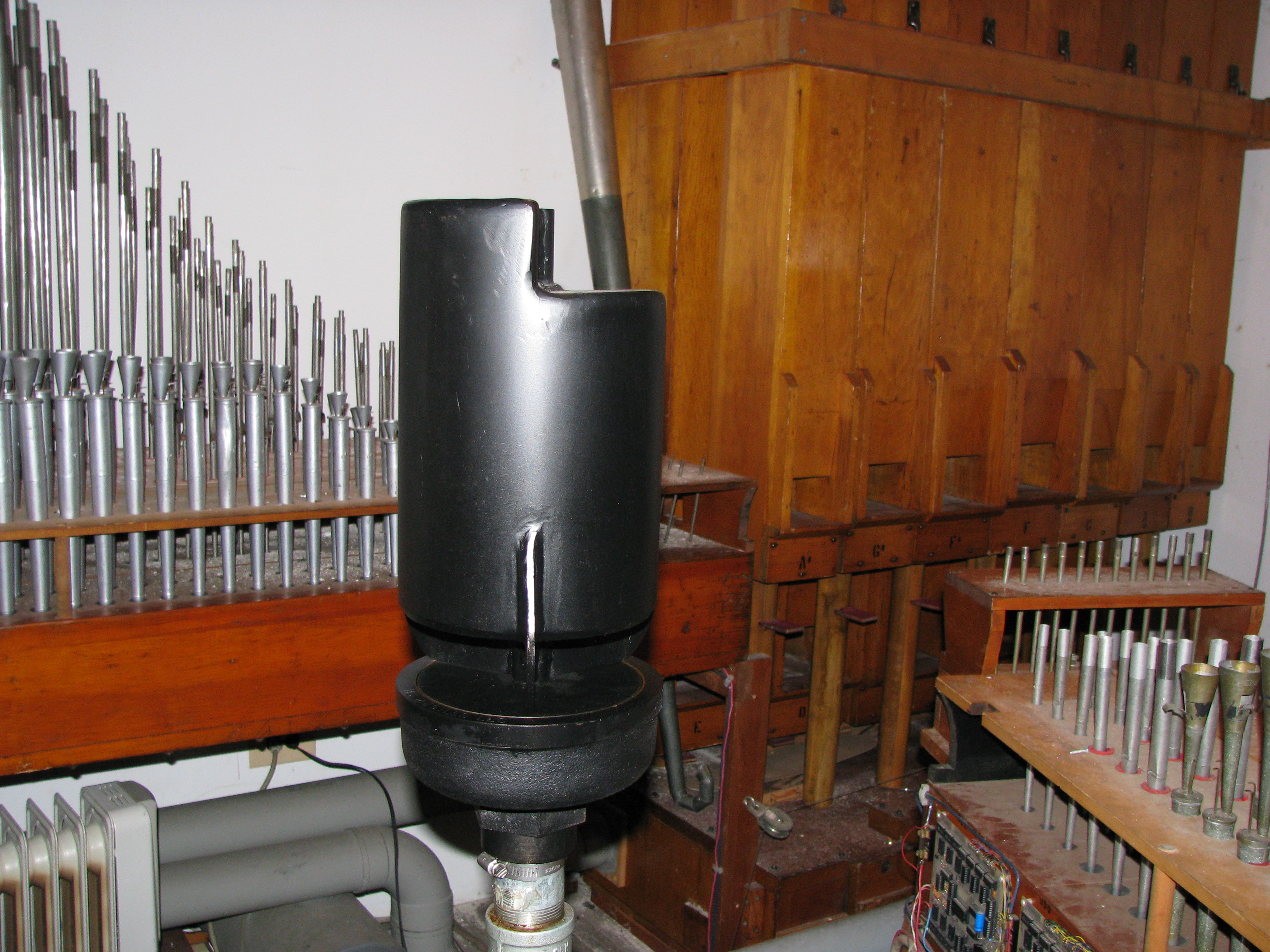 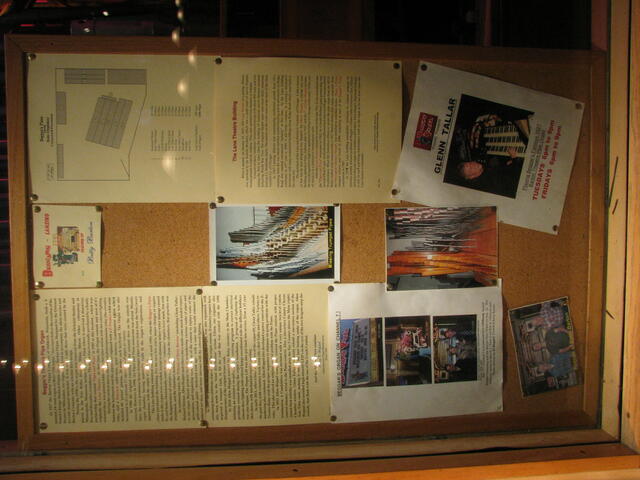 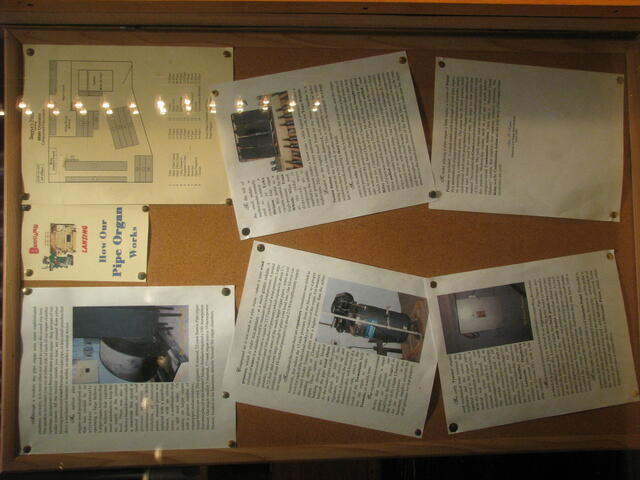